In Memory of Ghazanfar Ali 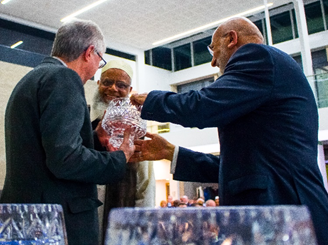 He was born in Lahore, Pakistan, but moved to Britain in 1970. His time in the United Kingdom took him across the country, from Bristol, Slough, Scotland, Bridgend, and eventually settling in Cardiff. He was a devoted Muslim, and known for his generosity. He would often cater to charities either for free or at a discounted rate, many have shared stories of him cancelling the invoices of family events he catered if he discovered they were struggling to pay. He was a devout Muslim and regular mosque-goer, acting as the ameer of Abu Bakr Mosque in Grangetown.

The Muslim Council of Wales were pleased to have honoured his lifelong dedication and contribution with an award presented by the First Minister Make Drakeford in 2019.

No one would ever go hungry at an event catered by “Uncle Ali”, as he was affectionately known by many. Our prayers are with his family, and we ask Allah to grant him the highest station in paradise. 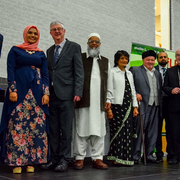 We are a not for profit organisation, headquartered in Cardiff City and have projects designed to enhance the quality of life for Welsh Muslims, build community cohesion and encourage active citizenship.

Muslim Council of Wales © 2021. All Rights Reserved. Designed by Daniyaal.